I love being a fundraiser and I always say that, for me, fundraising isn’t a job but a calling.

So I got excited listening to Shankar Vedantam’s recent podcast, “How to Build a Better Job,” where he interviewed Amy Wrzesniewski, Ph.D., Professor of Organizational Behavior at the Yale School of Management. My ears perked up because I know not every fundraiser is happy in her job. And there lots of reasons for that. (Psst! I don’t believe that there is a perfect job – one that will make you ridiculously happy. After all, that comes from inside YOU.)

This is great news. Because many of us in the nonprofit space are passionate about what we do. And sometimes, passion isn’t enough. 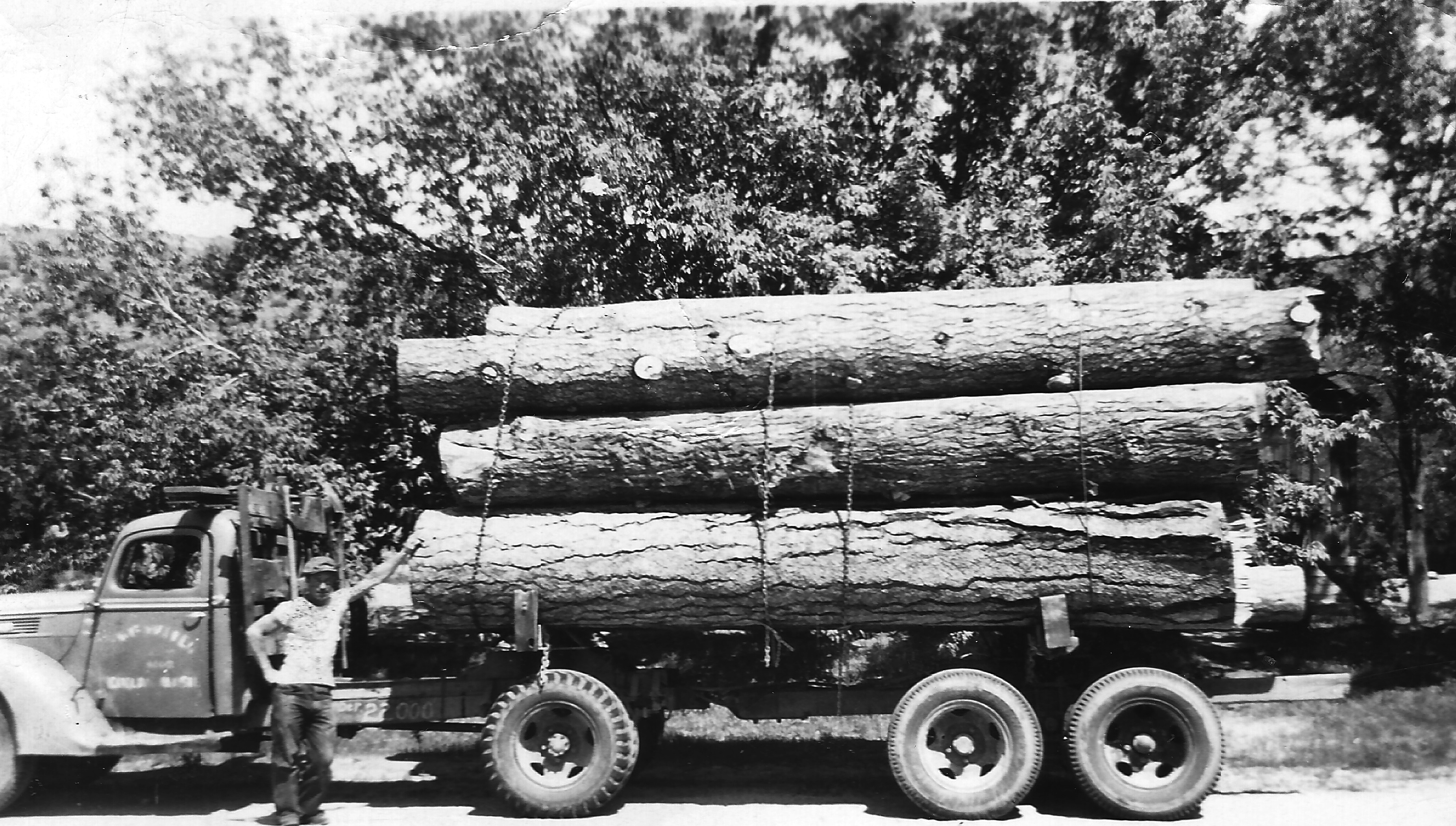 My maternal grandfather, T. Thompson, with his logging truck in 1943.

The truth is that too many within the sector work (or have worked) in nonprofits that are dysfunctional, have poor decision-making, or lack appropriate human resource guidance – to disastrous consequences.

In other cases, sometimes fundraisers become discouraged and leave because they aren’t allowed to do the jobs for which they were hired, are unable to unleash their creativity, or are blocked from making any decisions, even within the job scope.

This is where Job Crafting can come into play.

“Job crafting can make the job you have now more meaningful and more satisfying,” she explained. In her study which she co-authored with Jane Dutton, she found that there are three main ways that people use job crafting to create more meaning for themselves:

1. Job crafting tasks. In this case, a person recognizes what needs to be accomplished (to meet the mission of the organization, for instance) and finds degrees of freedom within the role (even if the tasks are not proscribed). Many times this includes expanding the job boundaries, such as taking on additional roles, or widening the scope. But it may also entail restricting the boundaries of work, such as by delegating or dropping certain tasks.

3. Cognitive job crafting.  In this case, job crafting is changing how you think about your job. For instance, in the study, she asked hospital cleaners what their jobs were. Some listed the exact organizational titles, while others called themselves “ambassador” or even “healer.” How you think about the impact of your job can change how you go about executing the job and valuing your own work.

“I think that given the choice… many people, as they grow up and they come to think about what they want to do in their work, are yearning for something that will feel a bit more like a job they wouldn’t necessarily want to quit if they won the lottery,” said Amy. “…And if you think [a great job] is a magical unicorn that you just have to find, that can be anxiety provoking for people.”

Sit down and consider what changes you imagine need to happen to create a more fulfilling career.

Are you feeling frustrated in your current job? Sit down and consider what changes you imagine need to happen to create a more fulfilling career. Job crafting may be the answer. Maybe this isn’t the right career for you. Maybe the existing challenges in your nonprofit make it difficult to succeed. Or perhaps you may need to do a bit of job crafting. After all, we know that turnover is a huge problem in our sector.

I believe fundraisers should serve our donors with a joyful heart and happy disposition. For some, job crafting may make the difference.

Extra joy in your inbox

Sign up for weekly updates from me and my fundraising pals